Inter Aide targets areas of intervention where needs and population densities are both high, in order to maximize the impact of its action.

As the actions have medium to long-term focuses, the chosen areas must be politically stable enough and provide satisfactory security conditions, to mobilize the population effectively, in accordance and with the support of local authorities. There are generally few or no NGOs in these areas.

In recent years, the organization has become specialized in rural areas and the activities developed over the years in urban areas have been transferred to the ATIA association.

The seven countries where these areas are located are all among the poorest in the world, according to the UNDP ranking: Ethiopia, Madagascar, Malawi, Mozambique, Sierra Leone, Haiti, Guinea 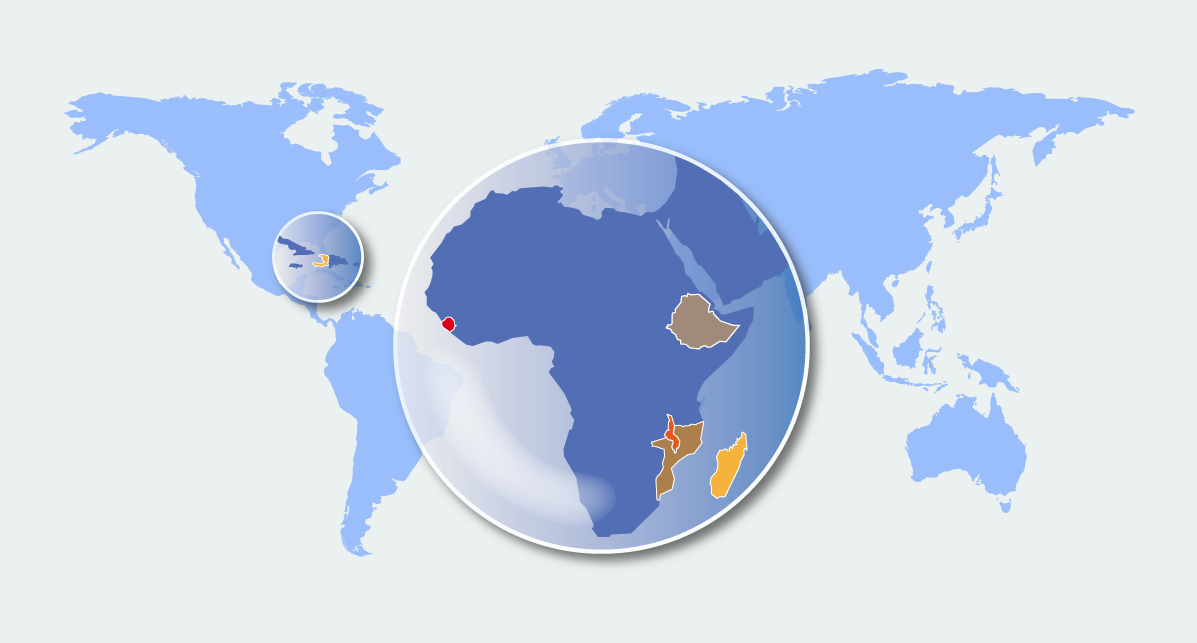